On the surface, Groupon seems fairly simple to use. Create a promotion. List it on the platform. Bring in more customers.

However, there’s more nuance to the process than you’d think, especially for small businesses. Using Groupon effectively requires a certain level of finesse.

But if you understand what you’re getting into and how to leverage Groupon as a promotional tool, it’s well worth the effort.

Because if there’s one truth that’s remained constant throughout all of history, it’s that there are few things people like more than a good deal.

In a 2018 survey carried out by coupon and promotional marketing agency RetailMeNot, 48 percent of respondents indicated that a discount sped up their purchasing decision. That same survey found that 61 percent of modern-day shoppers look for discounts through retailer websites and apps, and 71 percent want to be able to access all of their discounts and offers in a single location.

Given that, per Statista, Groupon is currently the most popular discount and promotional code website in the United States, it’s an excellent place to start.

Before You Get Started

The first thing you need to understand about Groupon is that for small businesses, it’s generally more useful as a tool for promotional marketing. If you can make a profit from your listings, that’s great. But revenue generation shouldn’t necessarily be your primary objective - many small businesses tend to struggle when trying to turn a profit with Groupon.

The reason behind that is tied to how Groupon functions. While it’s true that listing a product or service on Groupon is free, the platform requires that the discount offered be a certain minimum percentage. Per business advisory firm The Balance Small Business, this may range from 50 percent to a staggering 90 percent. Groupon also takes half the revenue generated when a customer purchases a deal.

Let’s say, for example, you’re selling handmade dining room tables for $1,200 each. Were you to list one of those tables on Groupon, you’d need to sell them for $600 at most. Then, after Groupon takes its cut, you’d be left with $300 - barely enough to cover the material cost of each table.

Planning Out Your Groupon Deals

If you’re unfamiliar with Groupon’s business model, it can be quite easy to lose money. That’s not the only hazard, either - if enough people find your deal attractive, you can be overwhelmed with offers to the point that it damages your brand. It’s therefore critical that you map out both what you want to do and how well in advance.

First, figure out what kind of restrictions you want to set for your promotion.

There are a few routes you can go.  First, you can (and probably should) set a promotion to expire after a certain period of time. You can also limit a deal to new customers, limit the number of purchases a customer might make through Groupon, or simply set a hard limit on the number of coupons available.

Next, you’ll want to structure your deals in a way that they don’t break your bottom line.

Make sure you only sell products and services at a rate that you can afford. To that end, you might consider using Groupon to help you sell excess inventory or plug underutilized services.

Alternatively, rather than discounting a specific product or service, QuickBooks suggests instead providing a predetermined discount off of a product or service of the customer’s choice. For example, you might simply provide customers with a coupon for $20 off. Not only can this help you recoup the cost of the promotion, but it’s also more likely to attract customers who are genuinely interested in your brand (rather than people who are just looking for a good deal).

Finally, you’ll want to determine your ‘next steps’ after the promotion concludes.

Train your staff to engage with Groupon customers, and talk to them about how your business might help them beyond offering them a promotional deal. Get creative with your coupons - consider how you might structure them to encourage repeat business rather than single purchases, such as by attaching incremental services or staggering the coupon to apply to several visits.

Getting Started with Groupon Merchant

Groupon already provides an excellent guide on how to get yourself set up with the Groupon Merchant platform, so I’m not going to cover that here. Instead, let’s jump into the first steps you can take after you’ve completed the initial setup process and figured out a few details about your campaign. As you may have noticed, Groupon’s Merchant Center offers a few different types of deals to choose from.

Generally, you’re going to choose either Local Deals if you’re a small, local business, or Getaways if you do business in a popular tourist destination.

From here, I’d advise you to start small. Do a limited run of a few different vouchers to test the waters. Quickbooks notes that this will, allow you to figure out which coupons are bringing in the right traffic, and focus on the deals that generate engagement with the right groups of people.

Quickbooks further advises staggering your redemption dates to ensure you’re not overwhelmed by a tide of deal-seekers looking to redeem their vouchers at the same time.

As many nay-sayers will likely point out, using Groupon too liberally can erode the value of your brand, while simultaneously alienating your existing customer base. It’s important, then, that you use it sparingly, for short-term, targeted, and extensively-planned promotional offers.

Beyond that, it’s advisable to combine your Groupon campaign with another form of marketing, such as a mailing list or social media. You can even encourage people to share your deal with friends and family by offering additional discounts for people who tag or interact with your brand on Facebook, Instagram, or Twitter.

Because remember - at the end of the day, your goal isn’t necessarily to turn a profit—it’s to generate awareness and attract new customers and clients.  Go forward with that understanding, and you should do just fine. 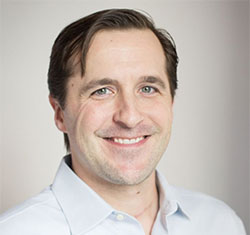 Chris Madden is the co-founder of Matchnode, an ROI-focused internet marketing company that serves its clients in the areas of digital strategy, traffic generation, and conversion optimization. Matchnode creates, audits, and implements digital marketing campaigns to produce real, trackable dollars.

How to Kill the Customer Service Game

5 Ways You're Losing Money—And How to Gain It Back

Losing money? Learn how to analyze what you’re doing and where you can gain some of that revenue back. Read more